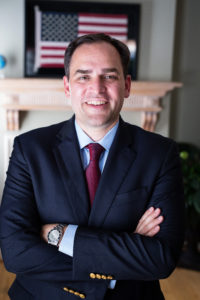 NC Expungement Lawyer Wiley Nickel lives and works in Cary, North Carolina.  In 1998, he graduated from Tulane University with a major in Political Science and a minor in History.  After college Wiley went to work for Al Gore and travelled with the Vice President as part of his national advance staff.  Following the Gore campaign he earned his law degree from the Pepperdine University School of Law in 2005. While in law school Wiley worked as a law clerk in the Ventura County District Attorney’s Office where he gained valuable criminal trial experience before taking and passing the California bar exam. His first job out of law school was for the Merced County District Attorney’s Office where he worked as a Deputy District Attorney. Wiley later joined the Law Offices of Joseph Uremovic where he focused on civil litigation and family law. When the opportunity came to join the Obama campaign in 2008 Wiley jumped at the chance. He spent the last three years travelling with President Obama as a member of his national advance team. In 2011 Wiley left his work for the White House to return to the practice of law.

Wiley Nickel currently serves in the North Carolina State Senate representing the 16th District (parts of Cary, Morrisville and NW Raleigh).  As one of the newest state senators, he serves on the Agriculture/Environment/Natural Resources, Pension & Retirements and Aging, and Appropriations on Education/Higher Education committees.  He was elected to the State Senate in 2018.  When he is not working in the General Assembly or for the law firm – he is an avid family man and distance runner. He loves North Carolina college sports and is hoping this is the year for Cam Newton and the Carolina Panthers. 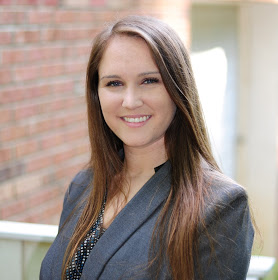 While at Campbell, Melissa focused her studies in criminal law and actively participated in pro bono service. She served on the Pro Bono Council as the Project Coordinator for the Re-entry project working with legal aid to provide expungement advice and assistance with Legal Aid clients. She also served as President of the Campbell Law Innocence Project, a member of the Death Row Visitation Project, and a member of the Campbell Public Interest Law Student Association. She also participated in the Restorative Justice Clinic, facilitating meetings with juveniles to address the needs of each party to prevent the potentially harmful effects of the criminal justice system. In 2018, Melissa was awarded the Campbell Law School Pro Bono Publico Award for her commitment to pro bono activities by providing nearly 800 hours of pro bono services during her three years at Campbell.

During law school, she interned at numerous different state agencies including the Wake County Public Defender’s Office, The Federal Public Defender for the Eastern District of North Carolina, The North Carolina State Bureau of Investigation and the Wake County District Attorney’s Office. During her internships, Melissa gained valuable District Court experience and knowledge of courtroom and NC expungement procedures.

During her spare time, Melissa enjoys cooking, NC State football and DIY projects. As a new attorney, she hopes to be a zealous advocate for her clients.

Find us on AVVO

Start Here »
Find out if you are eligible.   Contact Us Today! Start Here »