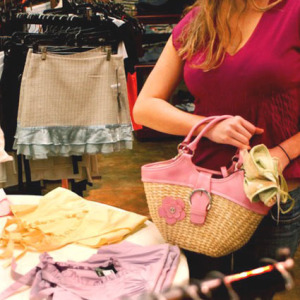 In accordance with the North Carolina General Statute 14-72.11, a person is guilty of a Class H felony if the person commits larceny against a merchant under any of the following circumstances:

Additionally, a person can be found guilty of the Class H felony organized retail theft if the person:

Lastly, according to NCGS 14-71.1, if any person shall possess any movable personal articles, property, money, valuable security or other thing whatsoever, the stealing or taking whereof amounts to larceny or a felony.  Any person knowing or having reasonable grounds to believe the articles in their possession to have been stolen or taken, he or she shall be guilty of a Class H felony, and may be indicted and convicted. (Even if the felon who has stolen or taken such property has or has not been previously convicted or come to justice.)  Any such possessor may be dealt with, indicted, tried and punished as one convicted of larceny.

For more information on Larceny, Retail Theft, or Possession of Stolen Goods, call The Law Offices of Wiley Nickel, PLLC today at (919) 948-7159. 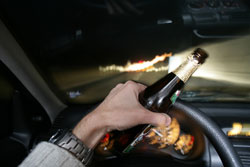 Per North Carolina General Statute 20-138.7(a), no person shall drive a motor vehicle on a highway or the right-of-way of a highway: (1) while there is an alcoholic beverage in the passenger area in other than the unopened manufacturer’s original container; and (2) while the driver is consuming alcohol or while alcohol remains in the driver’s body.

For more information on Transporting an Open Container of Alcoholic Beverage call The Law Offices of Wiley Nickel, PLLC today at (919) 948-7159.

GOP Staffer Who Attacked Obama Girls Was Arrested During Her Own “Awful Teen Years” in North Carolina – Could Have Had Her Own Charges Expunged!

Elizabeth Lauten is a Republican Congressional staff member who posted on Facebook about Sasha & Malia Obama at the annual Turkey Pardon Ceremony. She worked for Republican Congressman Steve Fincher of Tennessee as his Communications Director.

After a truly ugly offensive and inappropriate post about Sasha and Malia went viral she was deservedly forced to quit her job.
Now The Smoking Gun is reporting that she had her own “awful teenage years” and was arrested for larceny in North Carolina. See this link to the smoking gun article on her larceny arrest and deferred prosecution from Belk Department Stores in North Carolina when she was 17.
It’s pretty much a given that the children of elected officials are totally off limits. This woman’s post was hurtful and offensive and she deserves the public scorn that has come along with such a stupid post on Facebook.

Had she hired a lawyer to file an expungement petition she could have had all public records erased as part of the North Carolina expungement process.