How Many Different Expungements Can You Get in North Carolina?

You can get as many expungements as the law allows.  Some types expungements bar you from getting certain other types of expungement in the future and for other situations there could be multiple expungements allowed.  It’s all very fact specific.

Certain Convictions under 18 and Certain Drinking Tickets under 21

Many can get an NC expungement of a misdemeanor conviction for an offense committed before the age 18 plus certain drinking tickets before age 21.  That expungement statute does not list a prior expungement as a bar to getting one.

For many clients their public records can be erased through the expungement process for one misdemeanor or low level felony after 15 years have passed (assuming it’s the only criminal conviction on their record).  In that situation most other prior expungements could block them from the 15 year wait kind of expungement.  An expunction of a dismissal is the one type of expungement that is not listed as a bar to getting the 15 year type.

A prior expungement generally makes it difficult for a person to get an expungement more than once. However there is not a rule that allows only one expungement for all scenarios. The terms of each statute control whether a person can obtain another expungement. North Carolina law creates a narrow path to additional expungements in many situations.  All cases are different.  If you have questions about getting a second expungement contact The Law Offices of Wiley Nickel, PLLC at 919-585-1486 for a free consultation.  Our NC Expungements Lawyers will answer your questions and let you know if we can expunge criminal records for you. 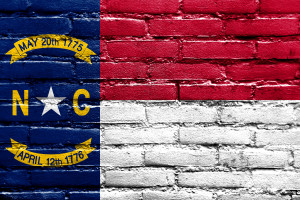 A great Op-Ed from the Raleigh News & Observer – Help for those with North Carolina criminal records.

By George Nickel | Uncategorized | No Comments

A link for a great Op-Ed from the News & Observer.  Text below.

“N.C. bill would help those with criminal records

In North Carolina, 1.6 million people have an arrest or conviction that makes it difficult to find stable work. These barriers to employment follow a person long after he or she has served time for past crimes and attempted to start a new life. I know because I am one of those people.

After the conviction, I immediately lost my career. Over the next nine years, I was continually rejected for positions where I met, and sometimes exceeded, the job qualifications. I experienced homelessness and my credit suffered, but worst of all was the stigma and judgment that followed me everywhere and the assumptions that people made based on one check box on a job application.

I am much more than a mistake I made 10 years ago. So are over a million people in North Carolina with an arrest or conviction from their past. Punishing people their whole lives for one mistake not only hurts that person’s chances at ever living a stable, productive life but also doesn’t make economic sense for the community either. People who can’t find work are significantly more likely to return to crime as a means of survival. Additionally, North Carolina loses an estimated $1 billion in GDP annually due to the exclusion of people with criminal records from the workforce.

The North Carolina General Assembly is starting to recognize that erecting lifelong employment barriers to people with records increases recidivism and reliance on public assistance. That’s why last month legislators introduced a new bill, House Bill 409, to help alleviate these barriers. The bill, which only affects state employers, aims to reduce barriers by moving inquiries into a person’s prior arrests or convictions until after a job interview, affording the applicant a chance to meet face-to-face with potential employers. State employers still will conduct background checks, but delaying initial inquiries offers them the opportunity to take into account an applicant’s qualifications, skills and rehabilitation efforts, as well as information on criminal history, before making a hiring decision. HB409 recently passed the House by a vote of 98-14 and now moves to the Senate.

The bill reads: “The General Assembly finds that the ability to procure meaningful employment is essential to reinstating good citizenship for individuals who have a criminal record. The General Assembly declares that the State encourages the successful reintegration of people with a criminal history and recognizes that reducing barriers to employment for persons with a criminal history is a matter of statewide concern. The purpose of this section is to implement hiring practices that will increase employment opportunities and will reduce recidivism and improve community stability.”

I am fortunate that in 2016 I was exonerated and all charges were dropped. But the years of unemployment and underemployment still haunt me. If employers had taken the time to meet me and discuss my education and experience, I am confident I would have been offered positions in my field. So many good, qualified job applicants are not afforded this chance. Especially in today’s world of online applications, people who admit to a felony are screened out electronically.

It is an employer’s right to perform due diligence before hiring a candidate, so House Bill 409 does not prohibit employers from performing a background check on an applicant. However, it does allow applicants a chance to be judged by their merits instead of being screened out based on a past mistake. It is a compromise that recognizes an employer’s need to keep the workplace safe and an applicant’s need for adequate consideration of all that he or she can offer. In this time of divisions and fractures within our communities, a fair compromise is exactly what we need.

Susan was convicted of identity theft over credit cards. She disputed the charge, but agreed to a plea bargain rather than risk incarceration. Her full name has been withheld.”

Read more here: http://www.newsobserver.com/opinion/op-ed/article150219672.html#storylink=cpy
If you are interested in learning more about the expungement process in North Carolina hit this link to learn more about what crimes are eligible for a North Carolina expungement.