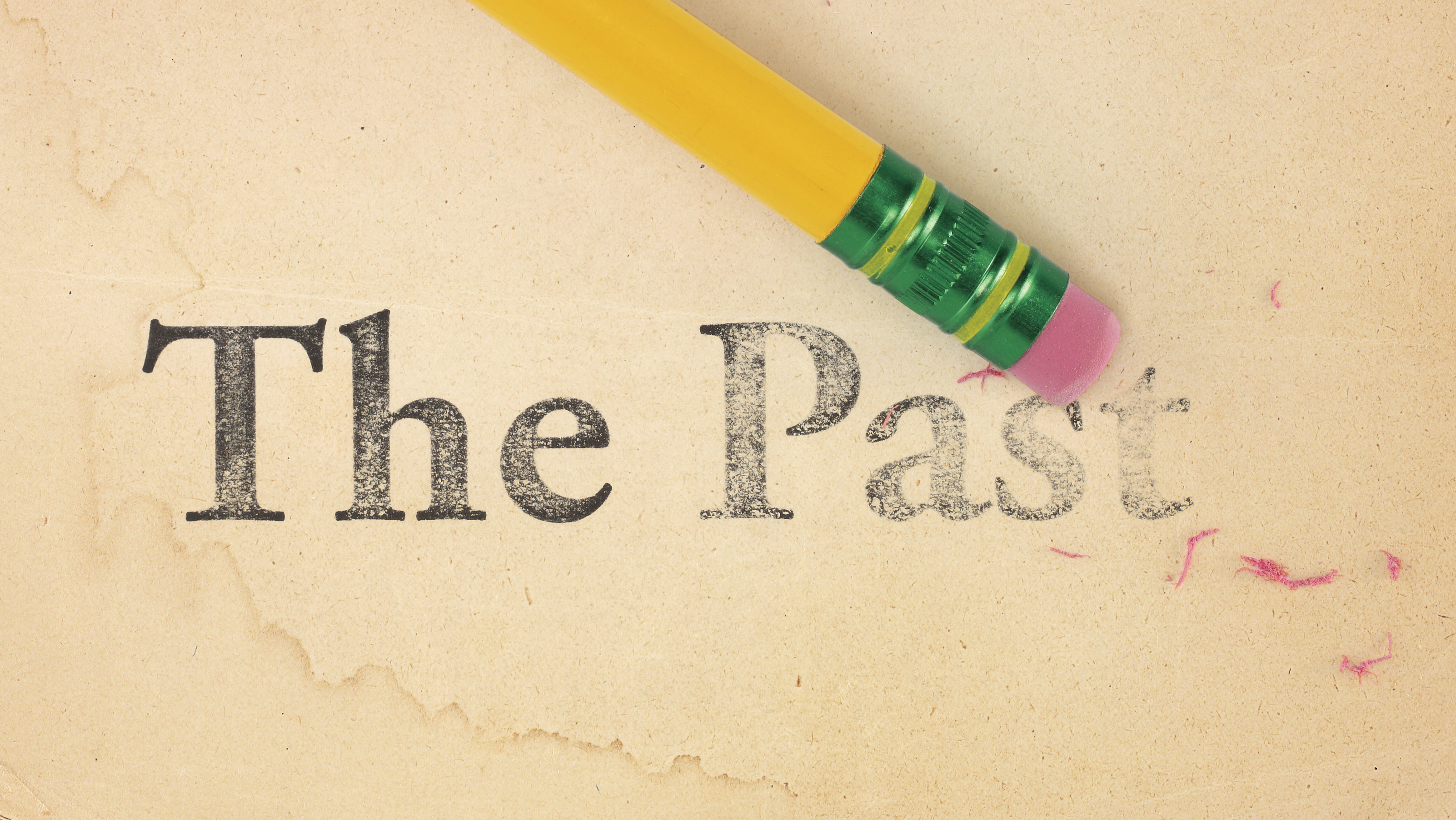 What is a North Carolina Expungement?

What is an Expungement in North Carolina?

A North Carolina criminal expungement is a legal process that petitions the Court to remove a criminal conviction or a criminal charge from a person’s record and to destroy the state’s records of the arrest, charge, and/or conviction. A person who has had an expunction granted generally cannot be found guilty of perjury if he or she denies that the arrest, charge, or conviction ever happened.  The Law Offices of Wiley Nickel, PLLC is a North Carolina Expungement focused law firm and we handle NC expungement petitions in most of the state.

What is the difference between an “expunction” and “expungement”?

“Expunction” and “expungement” mean the same thing. North Carolina’s expunction statutes use both terms interchangeably.  People also talk about sealing a record and the effect is the same for North Carolina expungement purposes.  . If you are granted an expungement, a court order will be entered ordering law enforcement to erase or destroy your criminal record. Specifically, North Carolina’s law makes it clear that the purpose of an expungement is to clear your public record of any arrest, criminal charge, or criminal conviction.

Who is eligible for an expunction?

There are numerous expunction statutes in North Carolina. Some allow the expunction of only specific types of offenses, like drug possession. Other statutes allow expunction of a broader range of offenses but for a smaller group of people, like persons who were under 18 or 21 at the time of the offense. Still others depend on how the charge ended; for example, there are statutes that address expunction of convictions and statutes that address expunction of charges that were dismissed or for which the defendant was found not guilty.  The dismissal or “nut guilty” expungement petitions are far and away the most common type of expungement in North Carolina.  Many people are eligible for expungements for their dismissed cases and do not know it.

Who Qualifies for an Expungement in North Carolina?

While you now have an idea of what an expungement is and how it may benefit you, let’s look at who qualifies for an expungement. While people often think that having an arrest, criminal charge, or criminal conviction expunged is an absolute right, the truth is that criminal records eligible for expungement in North Carolina are more common for dismissals and less common for convictions. In fact, to be eligible for an expunction you must meet the requirements listed under the statute applicable to your scenario.

Background check – a procedure now almost universally in place wherein employers, schools, and landlords check for criminal history for applicants. Since about 1990 almost all criminal convictions are available electronically and are very easily discovered in a background check.

Cleaning a Record – another term used interchangeably with expungement or clearing a record, meaning essentially the same thing.

Court Appearance – some counties require expungements to occur in open court where there is an appearance by the attorney and the prosecutor in front of the judge. In the vast majority of the cases we handle the client never needs to appear in court.

Court Order – the document showing that an expungement has been completed.  All of our clients receive official court documentation with a raised seal proving that the expungement has occurred.

Criminal Record – court and governmental databases maintain records of criminal offenses. These records are maintained pretty much indefinitely and until an expungement occurs, a record check will continue to return a criminal conviction for decades unless the charge is erased through the expungement process.  In addition to fines, probation, and jail time, a criminal record can often be a barrier to things such as gainful employment, affordable housing, professional licensing, voting rights, welfare benefits, student loans, jury duty, and immigration status.

Diversion – this is a procedure for first offenders in drug cases and other cases to have criminal proceedings suspended, be sent to a counseling or training program, and after a period of time having the case dismissed without conviction. This is an excellent program, but unfortunately the record of the charge is still public and must be expunged in order to remove it from the view of the public and potential employers.

Eligibility for Expungement – Not everyone is eligible for an expungement of their criminal record. The law is complex and we are happy to provide a free telephone consultation to determine your eligibility; on-line eligibility quizzes have inherent shortcomings.

Expungement – a legal proceeding that allows a criminal conviction or dismissed criminal case to be set aside and all public records erased.

Felony – a serious crime punishable by up to life in prison, although probation is often granted for first offenders. Most low level felonies can be expunged for certain eligible offenders.

Expungement Filing Fee or Expungement Court Costs – this is the amount of money the court charges to process an expungement petition; it is usually $175 for both felony and misdemeanor cases.  Some type of expungements do not require an expungement filing fee/court costs and some individuals may be able to petition the courts to avoid their fees.

Fines and Fees-costs associated with a criminal conviction; fines are payable to the court or often to the probation department or other agencies for anger management classes, alcohol education programs, or the like.

Firearms Rights-a person convicted of a felony offense, or a certain number of enumerated misdemeanors in North Carolina, lose their right to possess a firearm. An expungement itself does not reinstate that right, however firearms rights can be reinstated by reduction of the felony to a misdemeanor in certain circumstances.

Governor’s Pardon -a procedure where the governor of the state of North Carolina issues an official pardon for an individual convicted of a felony offense.

Infraction -a low level of criminal offense punishable only by a fine.

Legal Assistant – an individual that is not licensed to practice law but fills forms and does other tasks related to the practice of law at the supervision of an attorney.

Misdemeanor -a criminal offense punishable by up to 150 days in jail. Offenses such as larceny, drug possession and similar cases are misdemeanors. Most misdemeanors can be expunged.

On-line Record Check – dozens of Internet sites make available criminal record background checks. Our experience is that most of these sites are highly inaccurate and should not be relied upon. The most accurate way to check one’s record is to contact the court directly or hire an attorney to provide a thorough background check.  Our law firm has access to all court records through the AOC and can provide accurate background checks as part of the expungement process.

Probation Violation – (commonly “PV”) when an individual fails to live up to their terms and conditions of probation, such as failure to pay a fine, complete a school, or complete community service.

Sealing Arrest Records – if you are arrested and not charged, or the case was dismissed, you may be able to seal records of that arrest through the expungement process.

Sex Registration – persons convicted of certain offenses related to sexual conduct are required to register with the local police agency.

Class 3 Misdemeanors in North Carolina – You could be sentenced to 1 to 30 days of active, intermediate, or community punishment. The maximum penalty would be 30 days in jail and a $200 fine.

Class 2 Misdemeanors in North Carolina – The sentence for a Class 2 misdemeanor is 1 to 60 days of active, intermediate, or community punishment, with the maximum penalty being 60 days in jail and a fine of $1,000.

Class 1 Misdemeanors in North Carolina– The sentencing range is 1 to 120 days of active, intermediate, or community punishment. The maximum jail time you could face would be 120 days. There is no maximum fine that could be assessed. This is completely in the judge’s discretion.

Class A1 Misdemeanors in North Carolina – You could be sentenced to 1 to 150 days of active, intermediate, or community punishment, with a maximum jail sentence of 150 days. Like with a Class 1 misdemeanor, the judge would have complete discretion on the amount of the fine you could have to pay.

Active Punishment – Active punishment involves a jail sentence that you would serve in a local jail or other confinement facility.

Intermediate Punishment – You could face an intermediate punishment if the judge sentences you to supervised probation. Terms of your probation could include house arrest with electronic monitoring, drug treatment court, satellite based monitoring, and some small periods of time in a jail or other confinement facility.

Community Punishment – Community punishment does not include jail time. You would most likely face a fine, possible probation, or community service.

If you were charged or convicted of a crime in North Carolina contact North Carolina Expungement Lawyers Wiley Nickel & Melissa Botiglione at 919-585-1486 for a free consultation. Our office is located in Cary and we conver most of the entire state of North Carolina for expungements.