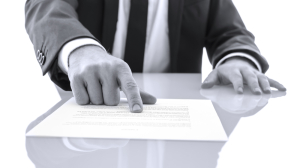 In North Carolina, you may have your criminal record expunged, i.e. erased, however not everyone is eligible for an expungement.  If the North Carolina expungement petition is granted, and your record expunged, then each agency who had any involvement with the case will destroy the records.  This does not include all of the records kept by the Administrative Offices of the Counts (“AOC”).  AOC must keep an account of all expungements, should someone attempt to have another case removed from their record when they are not allowed to do so.  North Carolina allows only one expungement for a dismissed case one time in a lifetime.  This means you must carefully consider whether or not you wish to move forward.

·        (There is a bill in the legislature that would allow two dismissal expungements.  If passed in the summer of 2015 it would go into effect in December of 2015.  We will be closely monitoring this piece of legislation.)

In the majority of cases, after your record is expunged, you would not have to divulge the fact you were arrested, charge with a crime (providing this was the only one), or ever convicted in certain situations.

Charges which were Dismissed or found Not Guilty.  Your case may qualify for expungement. However, an expungement is not allowed if the following have occurred:

v  You have been convicted of a Felony

v  You have any pending charges against you

v  The case pertains to a traffic violation

Your identity was stolen.  The case against you was a result of someone taking your identity, i.e. using your name, date of birth, etc.  You may petition to have the record expunged if the charges were dismissed, resulted in a finding of Not Guilty, or the related conviction was set aside.  You can have this kind of expungement as many times as you want even if you have already had a dismissal expungement.  You just have to be a true victim of identity theft.

You Were Convicted of a Crime.  Misdemeanor convictions involving drugs or alcohol are eligible in some cases if the arrested occurred while under the age of 21.  The period of time in which you would be required to wait to move forward with an expungement is determined based upon your age at the time of offense.  In some cases, you must wait two years before applying and in others you may apply as soon as you complete probation or the proceedings against you are otherwise dismissed.

To find the answers you are looking for and see about your eligibility for an expungement of your North Carolina record, contact The Law Offices of Wiley Nickel, PLLC, at (919) 585-1486 for a free consultation.  Our firm handles a multitude of expungements on a daily basis from any and all of North Carolina’s 100 counties.  To learn more about our Law Firm, we encourage you to visit our website and meet the team at www.wileynickel.com.